This past weekend Kevin and I were able to participate in a conference we've wanted to attend for years. Past conferences always required extensive travel and made it unreasonable to plan for, so when we found this one was going to be held this year in Orlando we were excited and began to make plans to attend!!

Cameron graciously watched the girls and kept the house running for us as we were away for the weekend. It was so nice to be able to get away and enjoy this time together listening to a wide array of wonderful speakers, enjoying a beautiful hotel and of course just spending time together. 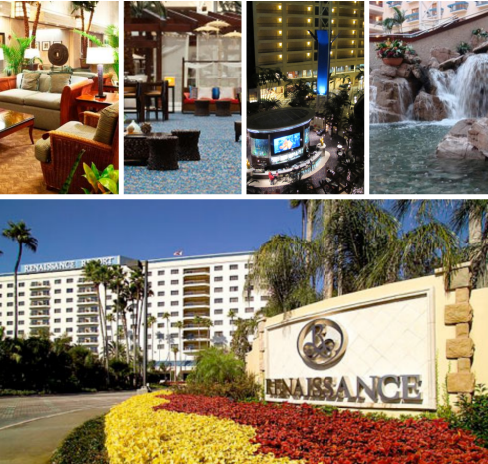 The conference was held at the Renaissance Hotel in Orlando, Florida.  It's a beautiful facility and everything was well run and so orderly.  We participated in the meal service the conference offered for a few key meals and enjoyed some of the other restaurants, snacks we'd brought to have as we relaxed in our large and nicely decorated room, and of course took advantage of the Starbucks there in the lobby.


The various speakers were really interesting and since there were far more than you could see, because they had a wide variety to choose from in various conference halls, we ordered a DVD set to be able to see them all here at home and to watch again the speakers whose messages we may have attended, but would love to hear again.  On Saturday the weather changed and the light rain fore casted turned into a downpour with lightening and thunder and also a tornado warning.  We checked in on the kids as it was the same there for them, and we watched the wild weather from our room while we took an afternoon break.

Then after a few hours, it all stopped and the sun made a brief appearance before beginning it's descent in what created a lovely sunset.

Had a great time and loved getting away to enjoy this event!!!


As we do our weekly feedings and meetings we watched the chicks grow and thankfully all have survived and are doing well. Here they are progressing at 3 and 4 weeks. 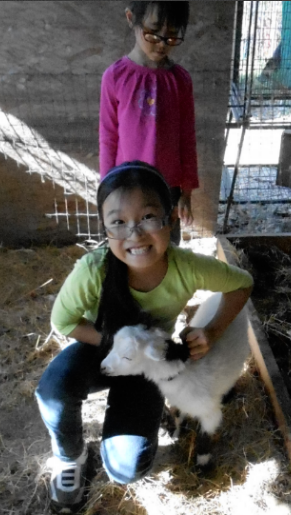 This last week as we went to feed, we were told there is a pygmy goat in the Rabbit area that likes to jump on you.  As a herd animal they do not like to be without company, so this little guy REALLY wanted attention more than food.  We spent some time loving on  him as we fed the chickens, chicks, rabbits, doves and pigeons all part of the 4-H program. 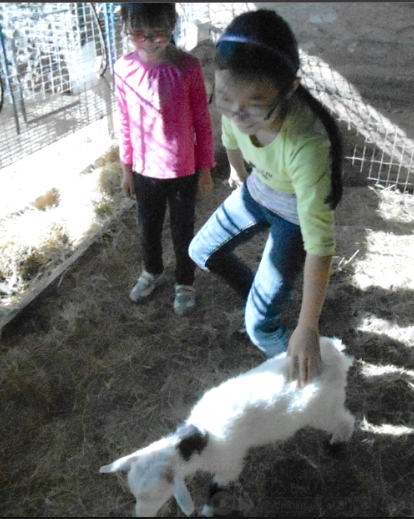 Don't know whether this goat is a permanent part of their collection or they are just watching it for people. It has a collar, so has been someones pet.  It definitely needs to be around others of it's kind or people who can dote on it.

Looking more to getting our own chicken area started now, and after meeting this guy the girls really would like to include pygmy goats to our homestead.  Hmmm, will have to see about that.

I've had several posts about preps for our garden here in Florida, and the challenges I've found trying to figure out how to grow in the sugar sand that is this State's dirt, as well as to deal with the HUGE amounts of rain that will fall in such short periods of time!!  SOOOOOO, very different from my past garden and landscape projects I've had for so many years in California.
I set about to tackle this by trying to educate myself on how others manage this in our region.  Florida itself falls into several different climate zones, our's is in Central Florida and it's listed 9b.  In addition to the climate, there are so many more factors, the invading grasses and pests, including larger animals to deal with in my garden.  So Kevin and Cameron further moved to create the hydroponic systems we'd looked into and had begun in our greenhouse in California.  Here though they moved it up a notch from the half barrels we'd used there to this beauty that is now beginning to produce the first of our plants.  We've been working to get the flow of nutrient rich water right to ALL the plants, and have been seeing success.


A week ago Kevin and I toured a greenhouse garden known as Living Towers where they feature their commercial systems of aeroponically grown vegetables and some of the Tower Gardens that we decided to purchase after our tour.  We had initially gone to the display to see their greenhouse setup and to buy starter plants.  We were so impressed with the design and performance of these garden towers that wet the root systems of the plants then to allow a timed shut down and airing out  of the roots, that helps to not drown the plants as has been the challenge in our hydroponic gardening.  This makes for large, healthy plants that grow remarkably fast.  The designer of these systems Tom Blank worked for Disney's The Land at Epcot and became expert at growing aeroponically for them and their collaboration with NASA.  Not wanting to get into home sales Disney gave him the go ahead to bring this technology to everyday home owners for their use.
He worked to simplify the garden towers by giving his early prototypes to his grandmother for testing.  He figured if she could put it together herself and get it running without incidents then he had a model that would work for the general public.  With that the Tower Gardens were born.  We decided to order their set of 3 and these arrived Wednesday.  They were as easy as they said to put them together and with the starter plants that we got at the Living Towers center , we dropped those in and our gardening in these was started. 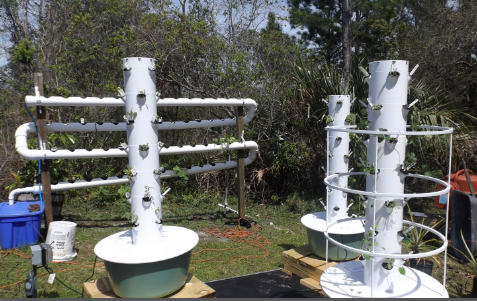 Kevin has started a new blog found here: Project 128 and I will be putting a permanent link on the side of this blog, so that they can display the progress of this garden system, as well as the others that we have been working on and will be adding in the future.  Our desire still remains to really make this property produce well for ourselves and to have plenty to share.  This will include eventually having our Tilapia in our own aquaponic system.  So excited to see the progress!!

Yesterday was the first day of Spring, or to be totally accurate the Vernal Equinox, a day with equal amounts of sun and darkness. With the weather being so nice I headed outside with my camera to see what had started to bloom in the yard. 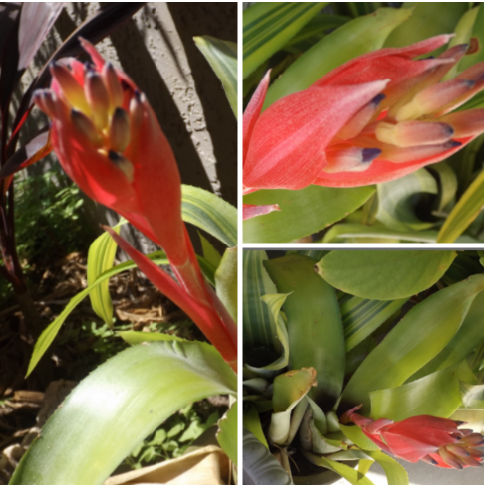 I was initially inspired after seeing the bromeliad on my front porch had bloomed.  I haven't actually planted this yet, it's still in a little water and seems to really like the environment.

I have also been smelling the most amazing and sweet fragrance as you step out the front door when there's a light breeze.  Following this it leads to our one apple tree that's on the property and the citrus trees.  They are all loaded with blooms and love the trimming they received and the fertilizer to improve their health.  We're hoping to see fruit actually produced in abundance as a result.  The orange and grapefruits have given us a fair amount this past year, but the apple had only had a couple apples on it and both were snagged by a squirrel. 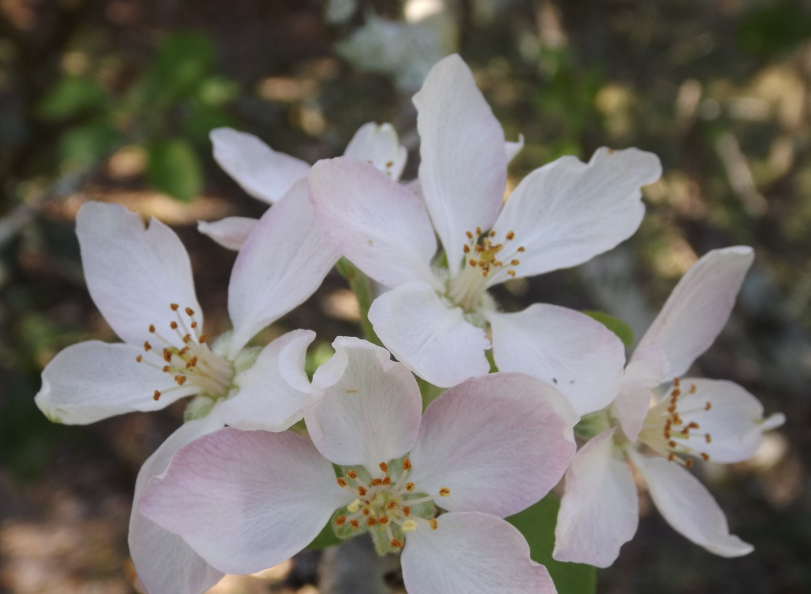 With the cold snap we had this winter, it might have been enough to really allow this apple to fruit nicely.  Time will tell.

Then there are a few others that are showing their color already.  As the months progress we should be seeing a lot more color, particularly after this years "dry season" was quite wet for Florida, so with all the extra moisture a lot more should be blooming early on this season.


Kevin and I went to a greenhouse tour this past weekend, and I will be showing the sights and info we learned about on this tour of an aeroponic growing system.  It goes along with what we learned about we when took our tour of the" behind the seed" tour at Disney's The Land last October.  That's a teaser for my next post.

Yesterday was Lauren's 9th birthday and to start her special day we headed out to Cracker Barrel Restaurant to meet up with Grandma and Poppie for brunch.  The kids breakfast menu was not very
impressive and with both girls being hungry they ordered from the adult menu.  Both ordered the Momma's Pancake Breakfast.  Our waitress thought they meant to split this, but I told her both had good appetites and we'd box up anything they couldn't finish.


They happily dug in when their food arrived and both were part of the clean plate club, absolutely shocking the wait staff that didn't think they'd do it.  After breakfast Grandma gave Lauren her present before we parted to begin our day.


The girls played together, and Kevin and I had to go out to a scheduled pick up of our latest Zaycon food order.  Once home I got dinner started and we had Lauren open her presents. 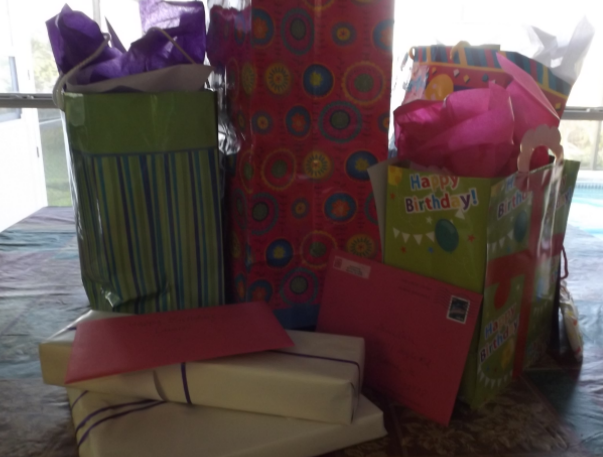 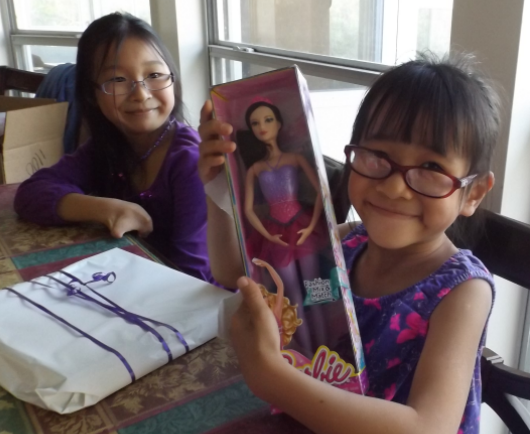 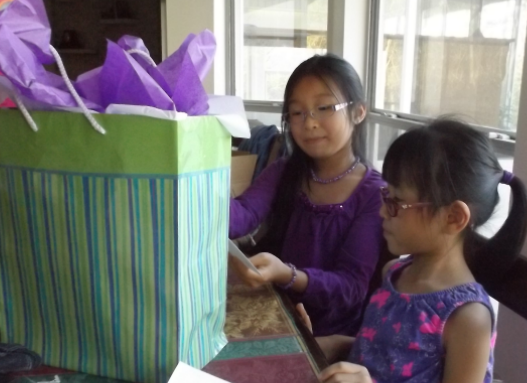 Then after dinner it was off to church where she proudly announced to EVERYONE she met up with that it was her birthday.  I had prepared for this by bringing a tray full of mini cupcakes to take to her class to share.  She proudly held the tray as they sang Happy Birthday to her and she joined in singing "happy birthday to me!!!".  Lauren does love to be the center of attention, so she relished all she got yesterday. 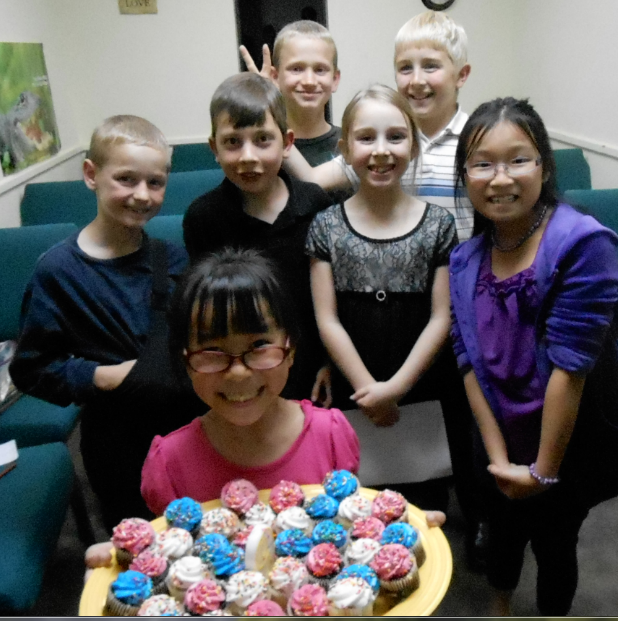 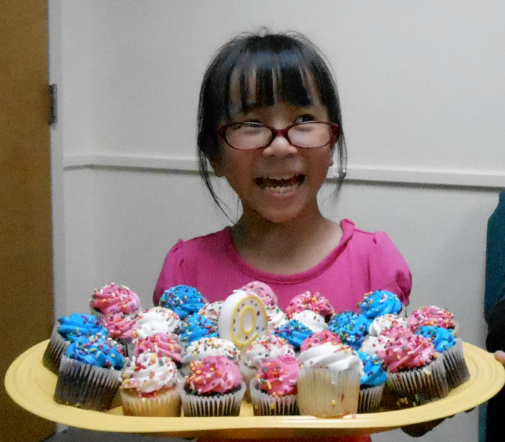