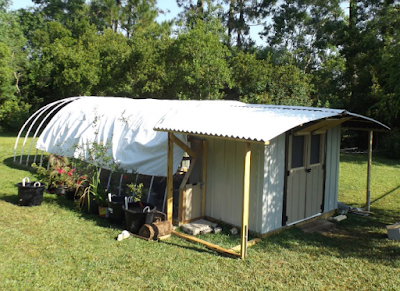 We first began to build the hoop house for more tender plants to grow in, but when we got all our chicks we looked at this space and decided to add to it and make ourselves a chicken hoop coop.

The first thing we needed to do was add a second hoop house and then figure out how we wanted to build out the enclosed coop portion.  After considering our options we chose to buy an 8 x 6 metal shed to place at the end of the hoop coop. We also placed a door between the two hoops so we could separate the two hoops and to be able to finish the first part of it sooner rather than later.


To buy time as we built the coop and with the chicks outgrowing their multiple tubs in the garage, we picked up and built this temporary coop next to the house, reusing a coop that was being removed at a house my uncle toured when he was looking to buy a home to move into down here. He asked the owner about taking it off their hands and she was all too happy to have us finish taking it down and haul it away.  It worked out well, and gave us the time we needed to complete the build out correctly. Plus saved us having to invest in a temporary coop - got to love that!


As the shed went up we put in features we felt would be useful.  These included insulation, moisture barrier, plastic on the lower part of the walls and laminate flooring with a board across the double doorway for using the deep litter method with pine shavings.  The windows have both hard wire for safety and screen to keep the little bugs and mosquitoes out. The chicken door has a rope for opening and closing from the outside by the main doors, and the main double doors have larger windows for good air flow.


The roosting bar inside was made using scrap wood and branches cut from our trees.  The nesting boxes are dollar store plastic tubs in a repurposed homeschool cabinet the girls had broken the doors on. We can add another set of nesting boxes as needed. 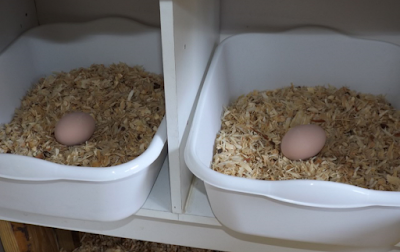 With the shed interior completed, it was time for the hard wire to go up on the first hoop attached to the shed. We carefully overlapped the wire for added strength and security.  Once the wire was in place, the side doors were installed.  We intend to make chicken tunnels to move the birds around the yard so these doors will assist in more easily channeling the birds out and into the tunnels or chicken tractor.

Once the wire was up on the hoop, we overlapped and added wire to extend out from the base for anything that might try to dig in and then weighted it down for now with large pine logs from the tree we had taken down. With all this done it was time to add a roost.  We reused the roof portion of the free coop we got and added branches to its sides.  Now it was time for a cover to protect from rain and sun.  I found an agricultural fabric cover at Tractor Supply that was perfect and less expensive than the shade cloth we were originally looking at using.  Once I had this up and secure it was time for the chickens to check out their new lodgings. 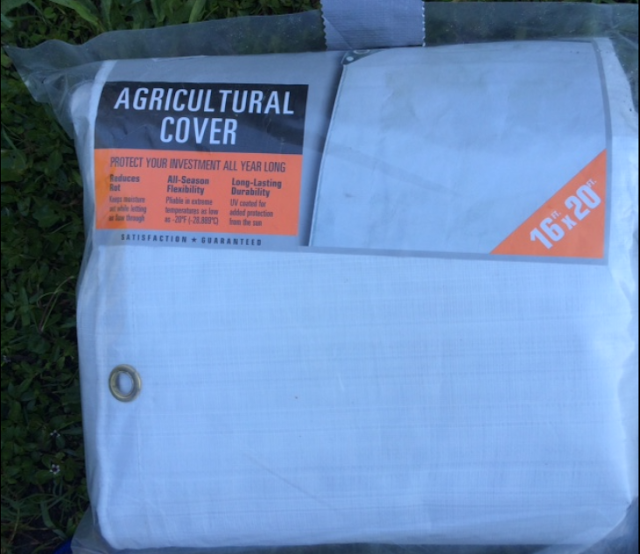 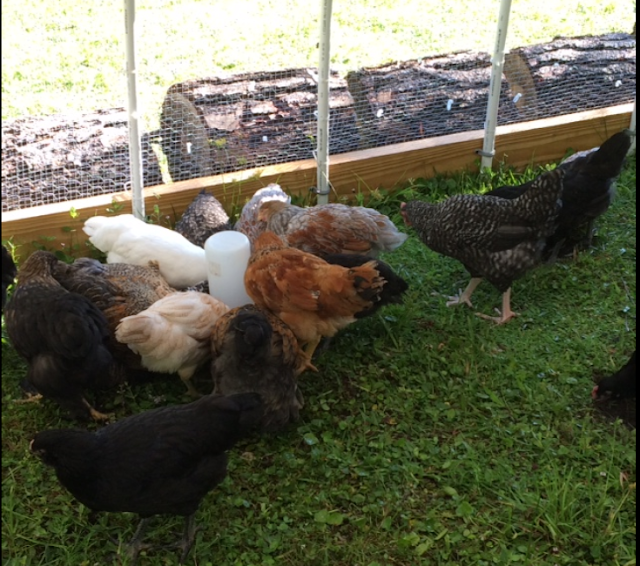 They made quick work of clearing out the lawn and weeds as they happily scratched and pecked at the ground.  We still had the chicken door to the shed closed off because the interior shed temperature remained too warm. We decided after considering our venting or cupola options, to add a second roof when we found the light weight, but well insulated corrugated cellulose fiber/asphalt roof panels at Lowe's.   Even better they were clearing out their stock of white panels and the price was half what it had originally been.  We decided to buy four and the center roof vent, then build side supports so there would be a shade and rain overhang for the sides and front of the shed.  We also added a layer of insulation between the original shed roof and the second roof.  The temperature difference was substantial and made the interior comfortable, even with the recent heat wave we've had. 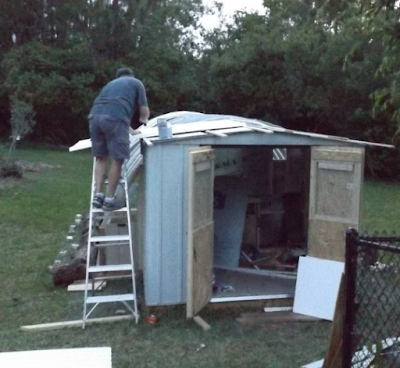 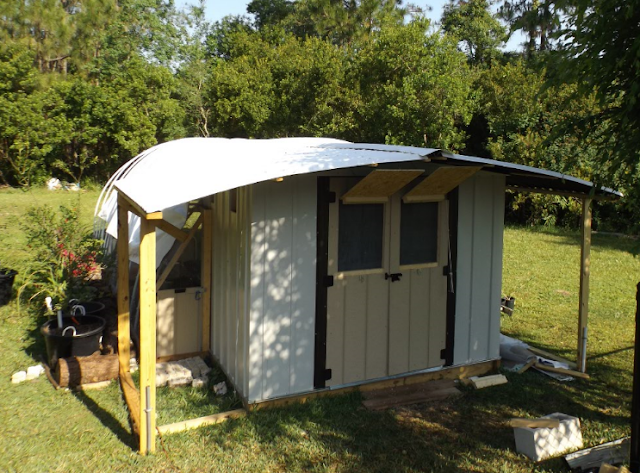 With the roof done it was time to open the door and let the chickens check out the interior.  Despite all our hard work it took them two full days to get past being "chicken" and willingly walk and stay inside.  Now they love it and regularly hang out in there. 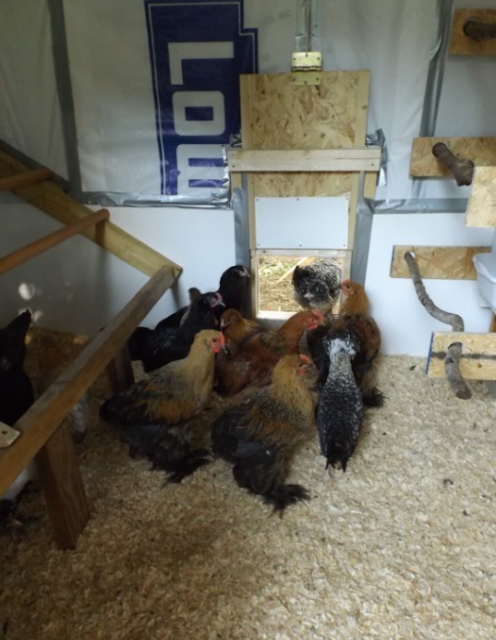 We still have the second hoop to complete with an end door and wire.  For now it's partially covered with the agrofabric and makes for a nice shady area to stand and watch the chickens antics, or duck under when you're working in the yard and the heat or sudden rain shower causes you to seek a bit of shelter.  Once the two side are complete, I'll work to add planting beds next to the coop, some paint and trellises to make the coop more attractive and to make use of plants to act as insect repellent, shade and additional feed for my girls.

So that's it for now on our hoop coop. I'll update once we complete the second section and add some decorative touches to improve the appearance and add useful shading plants on a trellis.