Well Spring is in the air and 3 weeks ago we stopped by Tractor Supply to pick up a few needed items for current projects and to check on the parking lot vendors they have come in with their animals for sale.  We've been talking about getting chickens for some time and wound up buying our first set of chicks, 11 in all this trip. 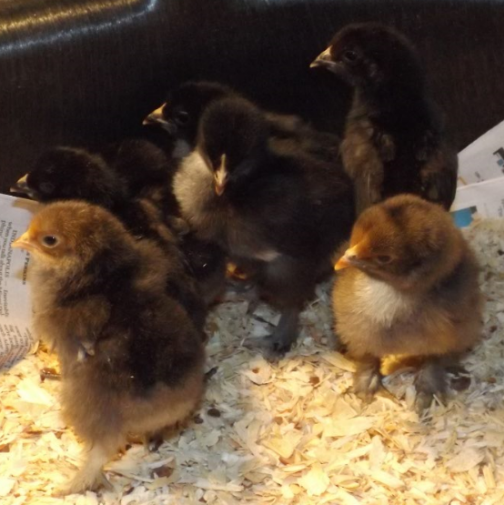 We set up their preliminary home using one of our tubs we purchased for use when we set up our aquaponics system, and it was a perfect starter spot for this group.  The people we bought them from call their business Chicken Pimpin. They have a mix of young chicks and this trip was primarily olive eggers, cochins and ameraucanas.

The following weekend we went back and bought all the chicks they had.  We now had a total of 28 chicks with most being only a few days old.  This second group had polish chicks, german spitzhaueben, ameraucanas, and blue laced red wingdottes. In the coming week we lost the smallest one of them, but have managed to keep the others going strong. 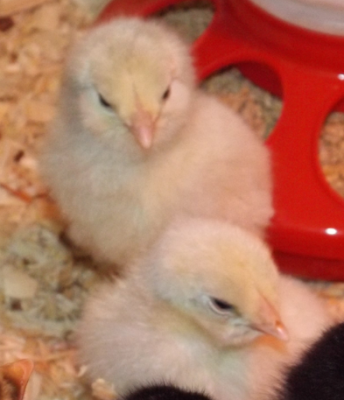 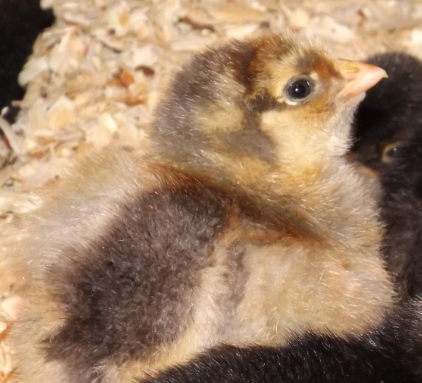 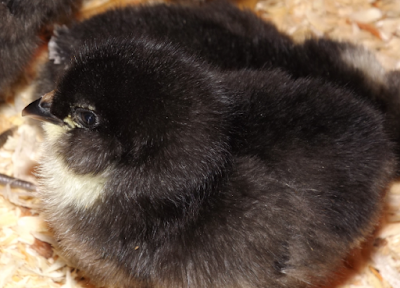 We built a temporary shelter outdoors by the house, as we were delayed with the work on our main hoop house coop because we had to have emergency surgery on Bea our basset hound whose battle with glaucoma has been going on for a couple years now.  Despite all the measures we'd taken and procedures trying to save sight and eyes, she lost her sight a month ago and we couldn't get the pressure, which had become extremely high, down.  So our only option left was removal of both her eyes.  This was a very sad day for us and not an easy one for Bea.  She's been making a lot of progress in the week since her surgery and is clearly feeling much better now that she's healing and doesn't have the intense pain of her glaucoma. Our time and efforts with her have been worthwhile, but it necessitated the temporary cage to move the now growing chicks out of their tank lodgings.

We have the first and largest 11 chicks outside and the remaining 26 in two large tanks in the garage. This weekend will be a busy one working on the hoop house coop and preparing it for the home of this interesting flock of chickens.

That's it for now.  Will update again soon, as we make progress with the chickens and the many other activities we have going on around the property.